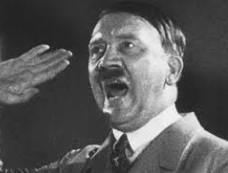 I am sorry that this is a serious topic to chose to start the New Year – I promise I will do better and more entertainingly next time – but given the situation we are now in, with a dangerously right-wing government firmly in power and Trump arrogantly running the risk of leading us all into World War Three, I can’t just sit by and say nothing. Especially as there are a lot of people on social media asking ‘What can we do about it?’

Well there are some possible answers. I’ll start with the most necessary which could also be the most helpful. Jeremy Corbyn was defeated by the relentless propaganda that was used against him by the ultra right wing, billionaire owned press and TV from the moment he was elected Leader. It was so powerful and so incessantly done that, by the time the General Election began, there were few people who knew what sort of man he really was or what he and his team stood for. Now, unbelievably, there are  various men and women lining up to take his place, hoping for power and believing that they could withstand the pressure. They are on a hiding to nothing. Cummings knows his power. On January 3rd he predicted that he could destroy any candidate with ease, saying ‘ I will bin you within weeks.’ And make no mistake about it, he could do it easily.

So what can be done? Well one possibility would be to chose a committee, who all shared responsibility,  instead of a single vulnerable leader. In that way, as one committee member is set upon by the media, another can step up to take his or her place and the propagandists could find themselves dealing with 11, 13, 21, however many there were.  This is not a new idea. It is a tried and tested method, called satyagraha, and it worked in India during the salt protests and in our own country with the Committee of 100, when we sat in the road in Whitehall to protest ains the use of nuclea weapons, nd were arrested line by line until the magistrates sent a message to the police asking them not to arrest any more of us because they couldn’t handle us. It requires large numbers of people and a lot of self control. If it were used now, it might also make the candidates for the Labour leadership stop thinking about their own ambitions and start working as a team. There is power in numbers but we have to work together.

And what else can we do? Well, we must keep each other informed. Pass on whatever news comes our way. We must tell as many people as we can who will listen what is really going on. We shall probably get a lot of abuse if we do but that is the only way open to us to spread the truth. We must demonsrtate – entire peacefully – no shoutingand bellowing – leave that  to our opponents. And in every sense of the words, we must stand together.

And just to show how seriously our opponents are already taking us, I have already been mocked by right wing trolls for putting up a notice that this blog was coming.

And don’t forget Shelley. ‘Ye are many, they are few.’