A few months ago, somebody from Felpham Village phoned me to tell me that TV cameras were filming in Blake’s Cottage. They thought it was for a programme about holidays at home on BBC 1, so I phoned the BBC for more information. And drew a blank. The man I spoke to said he didn’t know anything about it, so I gave up.

But in fact there was a programme. It was aired on Monday this week and it was called ‘The Great Staycation’. And there, lo and behold was our poor cottage looking really dilapidated, but with several visitors walking through the garden and wandering through the ground floor of the cottage – how on earth did they manage to get there? – it must’ve been by special invitation. And out in the garden there was none other than the elusive Peter Johns, whom I’ve been trying to contact off and on for months and entirely without success!

He was waxing lyrical about how wonderful it was to have a cottage in the village where such a great man had lived, but I notice he didn’t give us any information about when it was going to be repaired. No surprises there then! 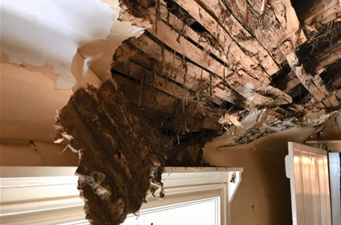 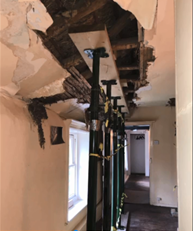 But the programme has provided me with several leads to follow, which I intend to do, this building is too important to be left to rot.

More in my next perhaps. And if anybody out there reads this and knows more about it, do get in touch. My war horse is still in the stables!