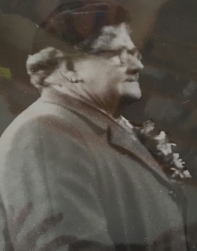 and much loved – relations. Their surname was Garnsworthy, her name was Minnie and his was Jesse but as a small child I had called them ‘Dardy’ because Garnsworthy was too tricky a name for my infant tongue and ‘Dardy’ stuck.

They were both wonderful sources of stories. She told me what it was like to be sent out to work miles from home when she was twelve years old, he told me what it was like in the trenches. He needed a few pints inside him before he got going and Minnie was very worried about the things he was telling me, scolding him and saying ‘she doesn’t want to hear that Jesse!’ but I did and I sat at his feet and lapped it up and afterwards wrote it all up in my diary.

He told me about the rats and the lice for a start. Rats so big and bold they would bite a mans face when he was asleep and lice so prolific and omnipresent that the only way of dealing with them was to run a lighted candle on the seams of your uniform where they gathered and try to kill as many as you could. They called it ‘chatting’ and the word later changed its meaning and became sitting and talking together. How times change. But some of the worst things were unexpected.

He told me what the trenches smelt like, shit, blood, rotting flesh, cordite and gas, and how absolutely filthy they were. “Most of the time we were caked in mud.”

And he told me something I’d never heard before. They called it the ‘Morning Hate’. After they’d had their breakfast they were given a tot of rum and ordered to get up on the fire-step and the word was given to fire into ‘no-mans land’ at random and as often as they could. It was a way of keeping up morale. They all got wildly excited and fired at dead horses to watch the rats run out of the corpses and then fired at the rats. I had never heard it spoken of or seen it written about anywhere else, but I knew it was true from the passion on his face and I put it almost verbatim into Everybody’s Somebody. 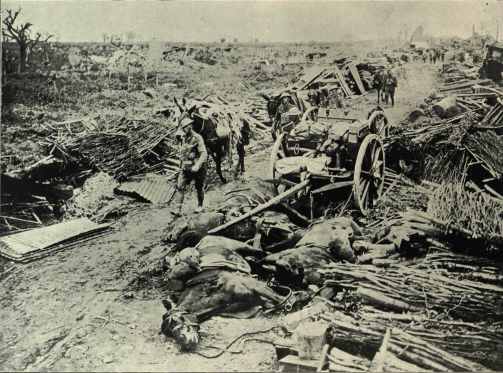 So when people march past the Cenotaph with the brass bands playing and ‘wear their poppies with pride’ I just feel cynically angry because it’s so inappropriate. And when politicians say specious things like ‘they died that we might live’ I want to leap into the crowd and thump them.

So I’m ending this piece with two poems, because poetry is powerful and usually honest and Wilfred Owen who died in the First World War and wrote some of the most moving poetry I have ever read, is the first one I’m putting here. ‘I am not concerned with poetry,’ he said. ‘My subject is War, and the pity of War. The poetry is in the pity… All a poet may do today, is warn.’

Bent double, like old beggars under sacks,
Knock-kneed, coughing like hags, we cursed through sludge,
Till on the haunting flares we turned our backs,
And towards our distant rest began to trudge.
Men marched asleep. Many had lost their boots,
But limped on, blood-shod. All went lame; all blind;
Drunk with fatigue; deaf even to the hoots
Of gas-shells dropping softly behind.

Gas! GAS! Quick, boys!—An ecstasy of fumbling
Fitting the clumsy helmets just in time,
But someone still was yelling out and stumbling
And flound’ring like a man in fire or lime.—
Dim through the misty panes and thick green light,
As under a green sea, I saw him drowning.

In all my dreams before my helpless sight,
He plunges at me, guttering, choking, drowning.

If in some smothering dreams, you too could pace
Behind the wagon that we flung him in,
And watch the white eyes writhing in his face,
His hanging face, like a devil’s sick of sin;
If you could hear, at every jolt, the blood
Come gargling from the froth-corrupted lungs,
Obscene as cancer, bitter as the cud
Of vile, incurable sores on innocent tongues,—
My friend, you would not tell with such high zest
To children ardent for some desperate glory,
The old Lie: Dulce et decorum est
Pro patria mori.

The second poem is mine and owes a very great deal to Jesse Garnsworthy and Wilfred Owen. Repec’ gentlemen.

Poppies that once bled pity in the Flanders fields
Are ritualised today to paper prettiness.
It’s the eleventh hour of the eleventh day of the eleventh month
The exact poetic time when the war that was to end all wars
That should never, in all conscience, have begun
Dragged its ravaged, shell-shocked, blood-soaked length
To a stunned stop
In the dumb, dead darkness of a corpse-gorged year.

Now it is men and rivers that are gorged
In the greed and thoughtless muddle of our time.
And only winter stirs long-hidden truth,
When furrows fill with water
Whitely reflecting an impassive sky.
Bare branches darken in a north-east wind
And the old cold shrinks a sullen earth,
Smites the caked hides of shivering cattle
Soon to be killed to feed our appetites.
And touches our too sentimental skin.

Yet Folly still stands proud with its paper flower,
To parrot out the politicians’ lie.
‘They died that we might live’.
Not so. Not so. Oh, it was never so.
They died like cattle, herded, scared and young
Because, like cattle, they were sent to die.