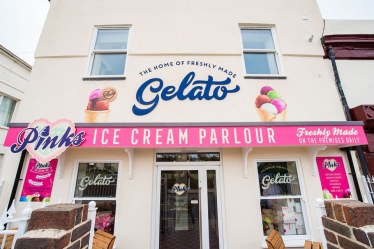 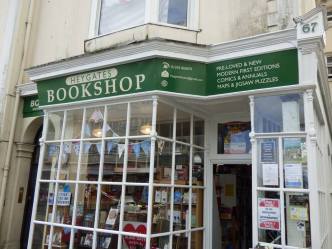 I have to say this is making me giggle, because I have never signed books in an ice cream parlour before! In book stores, supermarkets and a whole variety of halls some very big and some very small, but never an ice cream parlour! But there’s always a first. I think I should explain how this came about..

When my new book Citizen Armies first came out I approached the only bookstore left in Bognor to see if the owner would be prepared to host a signing, he would and told me so, but then when he started looking at the size of the shop and how very packed it was, it became clear that there wouldn’t be room in it for a lot of people. So as he knew that the owners of Pinks Ice Cream Parlour had been hosting various literary events, he suggested that they might like to consider mine, which they did because they were already fans, so it looks like being a happy event, if a rather unusual one!

If you are local, do put the date in your calendar. It will be on Monday the 4th of November at 10.30am to 12pm and the address is Pinks Ice Cream Parlour, 18 Waterloo Square, Bognor Regis, PO21 1SU.

Way to go! See you there! 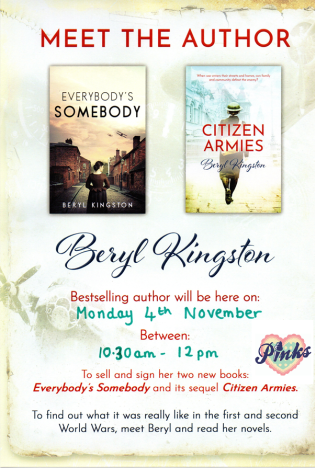