I’ve got an odd mixture for you today. I thought this was the weather for a miscellany, as it doesn’t seem able to make up its mind whether to grill us brown or drown us. There won’t be any pictures with it, I’m afraid, because my grand-daughter/amanuensis is away on holiday, so it’s not quite the mixture as usual. But here goes. I’m going to start with the surprise, because it was a lovely one.

I had to go into the doctor’s surgery last week for my annual diabetic check-up and I’d arranged to see the one doctor in the practice I still know. There are lots of new names nowadays and I’d rather see someone  I know. She was patient and thorough as always and seemed fairly pleased with how I was handling the diabetes. And in the middle of the consultation, a pretty girl in a uniform I didn’t recognise came into the room looking for a form, which she found very quickly. Then, to my surprise, she turned to speak to me.

‘I’m really enjoying your book,’ she said. ‘If I’d known you were coming  in this morning I’d have brought it in and asked you to sign it.’

I told her I was glad to hear it, which was putting it mildly. and then I asked her which book it was.

To my considerable surprise, it was ‘Citizen Armies’ the new book that was published just a week ago and she’d bought it from Amazon. ‘ I like a book, she said. ‘I like to hold it in my hands.’

I told her she’d made my day. I could have hugged her. That was a surprise and a half.

Then a few days later I stumbled on an enigma and reached for my deerstalker. I keep the occasional eye on visitors to this blog, partly to see what interests my readers and partly because I’m vain and like to see how many people read it. That morning,  I’d had six visits and one person had looked at three rather particular old sites, the Latest news on Blake’s Cottage, Who remembers Violet Elizabeth Bott? and an analysis of how the three man triumvirate who now own the cottage had set up their Blake Cottage Trust in the first place and been given the bulk of the money to buy it. That’s a curious mixture and very particular, because it’s someone who is interested in the state of the cottage, and in the way it was bought and in an analysis of a spoilt brat.  The blog about the spoilt brat has been visited by one person on quite a few occasions over the past few months along with another one about what makes a bully, and that’s been making me wonder. And now this. It’s just possible that someone will read this blog and think,’That was me’. If it was, could you sent me a message and tell me. I’d really like to know. There’s a story behind this and my nose is twitching.

And the sack of potatoes? I haven’t forgotten it. How could I? That was me, walking along the corridor from my study and suddenly falling flat on my face like the proverbial sack. I was a bit stunned for a moment or two and lay where I was feeling giddy and unable to get up. My daughter was in the garden repairing the shed and I knew she would come in sooner or later. Which she did, so I was soon rescued and no bones broken. And I can’t say my life is dull because it’s full of unexpected things.

What next I wonder?

If you are a Brexiteer give this one a miss, you will hate it if you read it. I’ve had quite enough hatred directed my way from rabid Brexiteers ever since that dishonest referendum that I really don’t want any more of it. The first belly-full incidentally came a few days after the referendum result when a young man I followed because he was a trustee of the Blake Society and I assumed he would be a good egg, was braying in triumph because the leavers had won. He said that it was the ‘most powerful election result ever’. I had the temerity to point out that there had been another and much more influential election result in 1945 which had led to the formation of the National Health Service and our welfare state, but he then got back to quote figures to prove how much better his result was and to say ‘we won, get over it’, which has since become the slogan of the rabid Brexiteer, to such an extent that a lot of us feel we have no right to any opinion at all. 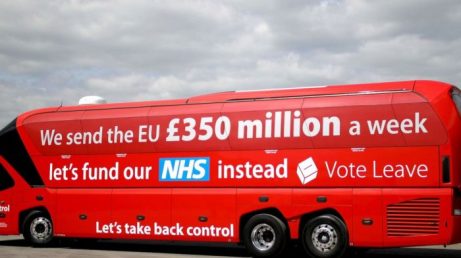 So for Remainers who have been told that they ‘lost’ and that was the ‘end of it’ and that we should ‘shut up and accept it’ here is a bit of fun to cheer us all up. It was put up on Twitter yesterday and is a splendid pastiche of the Lord’s Prayer. It made me laugh out loud, so I wrote to the writer and asked if I could use it on my blog and here it is with thanks and credit to @CyberHibby:

Our Farage, who art in tax havens
Criminality be thy game
Thy Brexit come
Thy will be fucked
From Land’s End to John O’Groats
Give us this day our Daily Express
And forgive us our ex-pats
As we condemn those who trespass against us
And lead us not into expert advice;
But deliver us from the unelected EU
For thine is the (Dis)United Kingdom
The corruption and xenophobia
Unlikely to be forever
A mentalist.

Have fun with this all you sturdy Remainers and take heart. I think if we had a second referendum now, a lot more people would vote to remain than to leave. We are a more knowledgeable electorate especially after the ‘Yellow Hammer’ has sung. There is a general election coming. And there’s a hell of a difference between our lovely, intelligent William Beveridge, who spelled out the way our NHS could be founded and run, and our present non-elected PM. 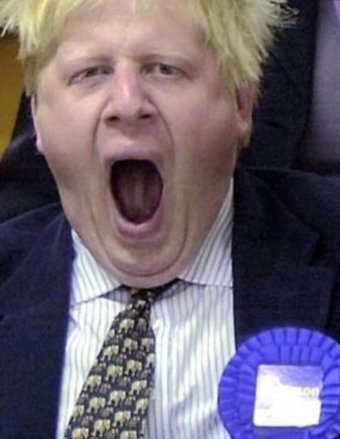 No news today about any signings I’m afraid because it’s all taking a very long time but as soon as I have news I will put it up, in the meantime I thought you might enjoy a touch of flamboyant Autumn colour.

This pyracantha was planted by my old darling when we first moved in to the house to provide food for the birds in the winter, which it now does in lavish quantities. Over the years it has become rather an impressive tree and Lottie and I are fond of it because it has also provided a secure and hidden place for a pair of willow warblers to nest in, which they’ve done for the past three years. They are very shy birds and need the cover.

Earlier in the year we were dazzled by our cherry tree, which inspired me to poetry, sorry about that folks, but I get inspired to poetry by all sorts of things, some of them more or less suitable, some wildly inappropriate and when I can find a cap that fits I like to wear it.

Shouts her challenge, loud and heady,
Down with death, with woes, with fears,
Till she stands bereft and slender
In a pool of golden tears.

She, who in the frost of Easter,
Wore a cap of fragile lace,
Soft and white and soon to tatter,
Absolutely out of place.

Singing to us in the garden,
Death is conquered. Do not fear.
Young and feminine and tender,
Love’s reminder every year.

I wish I could tell you what the companion pair would cost and whereabouts in my particular area they could be found but the publishers of Citizen Armies seem to be having considerable difficulties getting the book in two of the big distributors Gardners and Bertrams, so I can’t say anything yet until it’s sorted out. It’s demoralising.

I will get back to you in another blog as soon as it’s been settled and am pushing the publisher for information, because I would like to persuade local stores to sell them and allow me to come in and sign them for my friends and fans.

In the meantime they can both be purchased on Kindle. Heygates bookshop in Bognor has very kindly agreed to host an event and I’m gearing up to nag Endeavour to take action to make the event possible by providing the books.

With luck, I’ll be back!

Just a quick reminder to my friends and fans that my thirtieth novel ‘Citizen Armies’ has been published today by Endeavour. It is available to purchase via Amazon here

Keep an eye out as its prequel ‘Everybody’s Somebody’ will be published by Agora on the 5th of September!