Somebody on Twitter put up a very interesting observation at the end of last week, and it set me thinking. ‘Kids’ (s)he said ‘who never have any accountability for their actions will continue through life thinking nothing is their fault and everything is owed to them.’

I would call that type of kid, a spoilt brat. I’ve met quite a few in my time and most of them were impossible. Violet Elizabeth Bott is a literary example of the type. But there are plenty of them out there.

They all have some unpleasant characteristics in common. One is that they consider themselves the centre of the universe and expect to have everything they want the minute they ask for it.  Another is that if they don’t get it immediately, they will thcream and thcream until they’re thick or declare that the person not handing over the goods or services, will make them ill – and, believe it or not, they are quite capable of making themselves ill. I lived with one for the first 19 years of my life and she could produce a high fever and have to take to her bed within seconds of being thwarted. Her performance was so good, it fooled the doctor when he was called. Funnily enough, when she got what she wanted, she could recover in an equally rapid and miraculous manner. It would have been comic if it hadn’t been so ugly. And her behaviour was ugly.

Of course there are spoilt brats in every walk of life and most of them are self centred, determined, cruel and capable of terrible temper-tantrums and frightening rages.

Political life is full of them and if you know what you’re looking for, you recognize it at once. They tell lies because naturally if they say a thing it is bound to be true and if it is pointed out to them that they have in fact lied, they say it was all a joke and not to be taken seriously. Look at these fellas and the way they carried on when they were campaigning for Brexit. 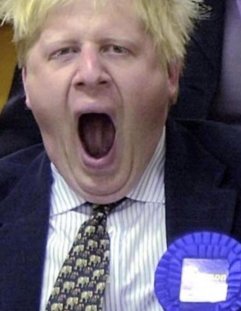 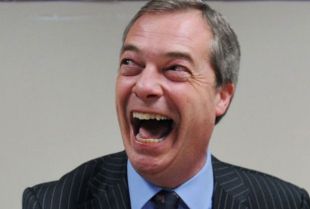 And because of the rages, nobody dares to hold them to account, so they just continue on their determined way, trampling all over everybody.

I’m sure you will be able to think of many who fit the pattern and you will find men and women on your list.

But what do you do if you need to take a stand against a spoilt brat? What possible action can anyone take against someone who is so determined to go his own way, regardless of what that does to other people, that he simply takes no notice of anything you say or do.

For the last two and a half years I have been trying to persuade the man who considers himself the ‘owner’ of Blake’s Cottage in Felpham, to start repairing the place. He has taken no notice whatever of anything I have said and when I gathered a petition of over 500 people asking that the place be repaired as a matter of priority, he simply tossed it aside as if it didn’t matter and took no notice of that either. His great dream and plan is to build a wonderful, half a million pound building, containing a display room, a conference centre and a RESIDENCE. He has managed to find £30,000 to pay architects to design his dream but he hasn’t spent a penny on the cottage that he is supposed to be ‘holding in trust for the Nation’.  And now his brothers are having similar difficulties with him, although in a different situation.

Let me tell you a little bit about that and you’ll see what I mean. These facts are all in the public domain, having been put there by the Daily Mail on Tuesday the 23rd of January 2018. The man is sixty two years old and unmarried and he has spent his entire adult life living in his parent’s house, first with his mother and father and when his father died, with his mother, who died in October 2015 aged 92. He has never paid any rent as far as I know, nor earned his own living – his brothers say he’s never done an honest day’s work in his life – but has unconcernedly sponged off his parents who have presumably paid for his keep and granted him any other little luxuries he happened to require. He has certainly got a very ugly temper as at least one of the people who has worked as an unpaid trustee for the Blake Society of which he is chair, can and does testify.

Now, since his mother’s death, he’s been squatting in the family home and refusing to leave it. His two brothers, are both hardworking doctors, with wives and families and homes of their own and, naturally enough, they want to put the house on the market and settle their mothers affairs. She left a will instructing that her estate should be divided in three and that each of her sons should be given a third, which seems to me perfectly straightforward and fair. But Mr spoilt brat won’t budge. And how do you persuade a grown man who has never grown up and has never ‘had any accountability for his actions,’ to start taking responsibility for his own life?

I wonder what a psychiatrist would make of it all? And what they would advise his brothers to do. If he were the size of Violet Elizabeth Bott he could be picked up by the scruff of the neck and physically carried out of the house. Most of the young spoilt brats I’ve met have fairly cried out to be taken in hand and made to mind. But a 62 year old who’s been brought up to believe that nothing he says or does could possibly be in any way reprehensible, that if he wants a thing then of course he should have it, and that if he doesn’t get it he has every right to throw a temper tantrum, and worst of all, that if he believes a thing to be true, it is true, that sort of man is almost impossible to handle.

I’d be very interested to hear what you think might be done. It is a very real problem, for this particular man is not a fantasy figure like Violet Elizabeth. He lives and breathes and has pernicious influence. I’m not going to tell you his name, because you can find all that out in the Daily Mail.

6 thoughts on “Spoilt brats are dangerous”