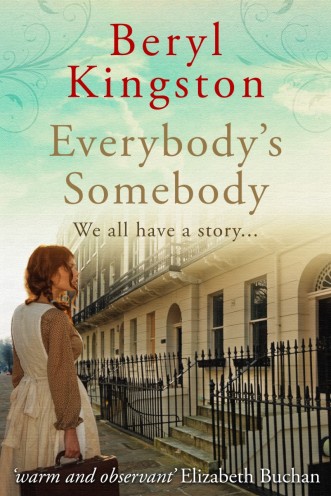 Just to let you know, Endeavour are putting the eBook version of this novel on a special offer of £0.99, for a week starting tomorrow (21st-28th September).

If you were thinking of buying it, this looks like a good time.

Here is the amazon link: http://amzn.eu/d6Zqmze

Could I be really sneaky and ask you if you would rate the book for me when you’ve read it and if possible give it a review, which needn’t be more than a sentence. Amazon take books more seriously the more reviews and ratings they get. It would help me if they took this book seriously. 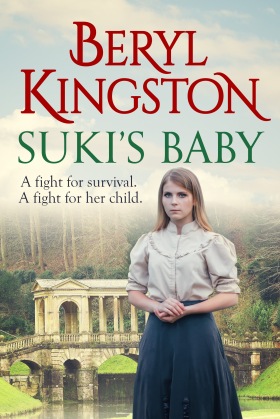 This is all so quick, I can barely get my head round it! One minute Endeavour Press are rescuing the novel and taking pains to ensure that they have the whole novel (which they do) and now here is the new cover with the Palladian Bridge, in Prior park in Bath behind my heroine.

I don’t think it will be long, given the speed at which Endeavour work, before the book itself is on Kindle and ready for you. When it’s out I’ll tell you something more about it, because it’s one of my plum puddings and full of goodies!

I’ve got a story to tell you this morning, about a novel that was treated so badly I gave up hope for it and now low and behold it has been rescued by my lovely new publishers Endeavour Press. Are you sitting comfortably? Then I’ll begin.

This story began at the turn of our new century, when my fortunes were at a low ebb and I felt that my only hope was that I would be published by one of the library publishers and that the book would find it’s way into the libraries and be taken up and hopefully enjoyed by all my library readers. There were lots of libraries in those days and I had a large fan base there.

The publisher, who had his eye to the main chance, asked if he could divide the book into two volumes to which I agreed because it really didn’t matter to me if it was one volume or two, as long as my readers could find it.

So two volumes it was and these were the covers. So far so good. Not spectacular in the way my earlier publications had been but available for my library fans who got back to me fairly quickly to say they’d enjoyed it. I sent a note to my new agent who was a lovely helpful man and thanked him for the work he’d done to place it.

Then, very much out of the blue, the novel’s fortunes took a sudden turn for the worse. My publisher wrote to tell me that he had got a won

derful paperback deal for me. Apparently a gentleman called Mr Fisher wanted to print sixty thousand copies and sell them in his various outlets. It sounded too good to be true. And of course, it was.

It didn’t take me very long or much effort to discover the real truth of what was going on. Yes Mr Fisher did want to publish sixty thousand copies but he was going to sell them in very cheap, downmarket outlets – certainly none of the big booksellers were going to take him nor the supermarkets – and what was even worse was that he proposed to sell them for about four or five pounds each, to pay my publisher 40 pence per copy and, out of the kindness of his heart, to give me tuppence a copy. I wrote to my publisher at once to say that this was an appalling deal, I that I didn’t agree with it and didn’t want it to proceed. To my horror he wrote back to say that he and Mr Fisher had signed a contract and the deed and the deal were done.

To cut a long and miserable story short it took months of arguments, letters and telephone calls from me and my agent who was very very supportive before the publisher finally told us that the deal was off and these pirated copies were not going to be published. I breathed a sigh of relief. But it was very silly of me. Several years later I found a second hand copy of the pirate version in a second hand bookshop. It had been published, I hadn’t been told and surprise, surprise, I hadn’t received even a penny piece from the deal leave alone tuppence.

But now, hooray, hooray, hooray! Endeavour are planning to bring it out with a lovely new cover as a proper ebook where my non library fans can find it. When it’s up I will put up another blog to tell you more about it. At the moment I’m just waving a cheerful flag. 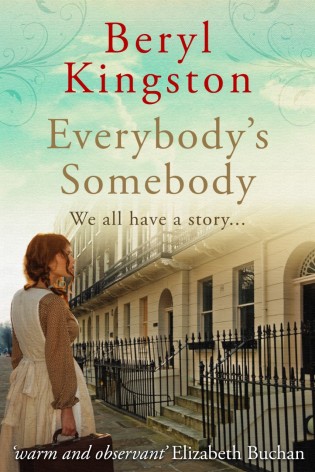 I have to admit I cheated over this book, because I began by trawling back into my own family history, not because I wanted to search out all my long-lost relations but because of three of the people I grew up with. All three of them had very interesting tales to tell and I sat at their feet as a very young child with my ears flapping and afterwards and in secret wrote up everything I could remember of what they said in my well hidden, very secret, diary.

One of them whose name was Jesse Garnsworthy, had been a soldier in the First World War and served in the trenches for the full four years, I heard things from him that I’d never heard before and have never seen in any history book. One of them was the ‘morning hate’ which I’ve described in the book exactly as it was described to me but he also told me about the food, the rats, the lice and the general filth of the trenches. Respec’ Jesse.

The second one was Jesse’s wife who’s name was Minnie but whom I always called Dardy because Garnsworthy was too difficult for my infant tongue and the nickname stuck. She told me almost casually that she had been sent out to work the day after her twelfth birthday, I was absolutely horrified to hear it and thought how cruel it was, but she said that was the way things were in the old days and they all had to put up with it. I loved her to bits. She was the most hardworking and loving woman I’ve ever met, she worked every day of her life, from twelve years old until the day before she died when she was in her eighties. And she became my heroine as she always was. Respec’ Dardy.

The third, was an Aunt called Vera Dawson and she (Respec’ again!) was a Suffragette who chained herself to the railings in Parliament Square and of course was arrested, she told me how Suffragettes were despised and openly abused especially by what she called ‘rough-necks’, so there’s another thread for my book and again it was verbatim.

This novel is now published. So I’m afraid I’ve got to blow my own trumpet a bit  and tell you something about it, even though it’s a very painful thing for me to do.

The first thing I must admit to is that it is not yet in the shops. Small publishers cannot afford the massive bungs they have to pay to get their books on the shelves but it is on Amazon both as an e-book for £2.99 and as a paperback at £7.99 and it is available through this link: http://amzn.eu/cpdyGNV

It already has 6 reviews, all of them warm and appreciative. If you are tempted to buy the book and want to know more about it, these reviews might help you.

I am currently arranging talks and appearances in support of the book and have so far booked to speak at Tooting and Crawley. I shall be at Tooting public library at 75 Mitcham Road on Friday the 13th of October at 6pm, I hope this will appeal to Tooting residents who are interested in the history of their part of London. I grew up in Tooting and know it and it’s history very well indeed. The following day, I shall be at the Crawley library in Southgate Avenue from 11am – 2pm at the local authors book fair. I’ll keep you posted about other events as and when they are arranged.

In the meantime if you are a fan and friend and have read and enjoyed the book do you think you could rate it and perhaps write your own review.  It would be very helpful to me (and to Amazon!) to know how many people are enjoying it. Many thanks.

Now I can take off my bragging hat, hide my trumpet in the wardrobe and write another and different blog to entertain you!