This blog has grown out of a conversation I had yesterday with a very old friend and fellow teacher. We were considering our garden birds and cats and it wasn’t long before we were saying how beautiful our local sparrowhawk was, even if it did kill our song birds. It is, as we said, a predator who needs to eat. And none of the natural predators we could think of, ever kill for the hell of killing. They kill to feed themselves and their young and they are all, almost without exception, extraordinarily beautiful. So here is a gorgeous tiger, a splendid lion, a streamlined shark and our local sparrowhawk to delight your eye and prove my point.

But it set me wondering about the human predators who are now even more predatory and powerful than they were when I was young. All of the ones in my childhood were killers and to my childish eyes, they were frighteningly ugly. I’ve picked out two historical monsters to make my point but there are plenty of others. 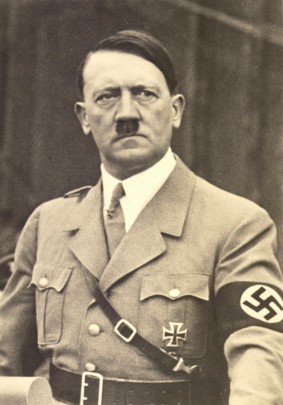 It’s something about their mouths I think. They look discontented, down-turned or pouting and very rarely smiling. To say nothing of those terrible, cold eyes. They look at other people as if they hate them. And we know from our experience, that their hatred was exponential. They certainly didn’t kill to eat like the tigers. Their hunger was for wealth and power. No-one was to be allowed to disagree with them. The rest of us existed to do as we were told. 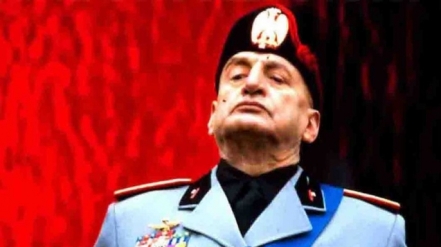 ld. Full of anger, hatred, greed for power, wealth, rich foods, gold, oil and anything and everything that will put them at the top of the social tree. They are a type. Trump pouts in exactly the same way as Mussolini. Boris Johnson wears the same tattered floor-mop on his head, as Donald Trump. None of them are handsome, none have the beauty and grace of a natural predator. And considering them as a type, makes me wonder why they should be so very different. Is it perhaps because a natural predator is NATURAL and a human predator is totally UNNATURAL? 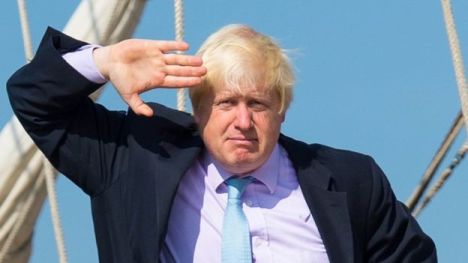 We humans are not predators, we are social animals. We exist in tribe and families. In our natural state we do not snatch all the goodies for ourselves, we share them out. We look after our young, we work in families and teams. It is natural for us to be carers. We only have to look at the way ordinary people rallied round to help after the Grenfell fire to see that. While the greedy rich looked the other way and were quite unable to comfort or help the victims.

But of course my interpretation could be wrong. What do you think?

I’m now so old that when an annual event comes round again, like this one in Selsey which I attend every year, my first reaction to it is, ‘but we only had one of those last week.’ Then my second reaction has to be to check the calendar.

So here we really are again, on Wednesday the 9th of August, kicking off at 1pm in the Selsey Centre in Manor Road, Selsey.

Any of you who are thinking of coming are sure of an afternoon of cheerful idiocy. Joan Moules, the organiser, who has been a friend of mine for more years than I can count, always arranges tea and biscuits and lays on a whole variety of entertainments, year after year, I don’t know how she does it.

This event will kick off a summer of publicity occasions to promote my new book Everybody’s Somebody and the two back-list titles that have either have been or soon will be published by my new publisher, Endeavour Press.

I’m afraid I shan’t have any copies of Everybody’s Somebody for the Selsey event because it isn’t due for publication until September the 1st. But not to worry, the main thing about Selsey is that people come as much to meet the author as to buy their books. It’s a great occasion for greeting old friends and making new ones and I’m all for that.

Other events are in the pipeline, but I’ll tell you about them nearer the time. 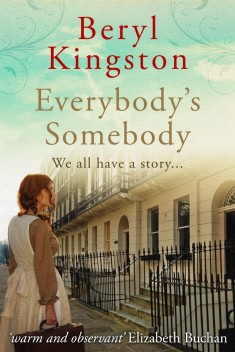 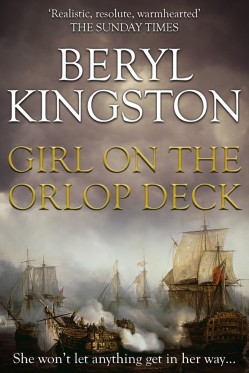 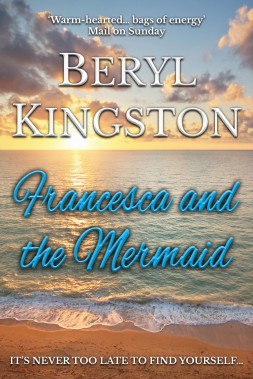 I do like having visitors and just recently I’ve had so many and they’ve been such good company there were days when I felt like cheering or singing or being otherwise happily ridiculous.

This weekend my visitor was my lovely little sister Carole, whom I love to bits. We had two days of non-stop talk and good food and a giggling attempt to find a putter, because she’d lost hers. We didn’t find one but it  didn’t worry us, because instead of a successful shop, we had an even more successful walk down our own particular memory lane. 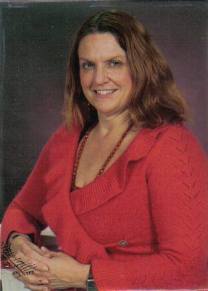 And now I’ve got another visitor coming to see me this weekend. She’s an old friend and fellow Blake expert called Josie McQuail and she lives in America so actual time spent with her is precious. We are going to see the Freida Hughes exhibition in Chichester and I’ve no doubt we shall talk books, because we have so many authors we enjoy and study, in common. The welcome mat is ready for you Josie. 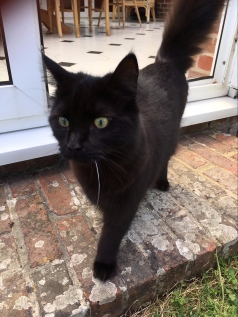 And then, just to spoil me rotten, the little black cat called Dixie is coming to spend a week with me in a fortnight’s time, I must lay in stocks of salmon and cods roe, because he’s such a sweetie, he deserves the odd treat now and then. It will be lovely to have a cat sleeping alongside me at night and sitting on the dining table as we eat our meals together.

Then, of course, there are all my feathered visitors, who fight one another for tit-bits from the bird table and sing to me beautifully in the morning, led by my blackbird and are generally a delight. It’s always a surprise to look out into the garden and suddenly see part of the lawn move and realise that the woodpecker is back.

And is if all that weren’t riches enough, the novel of which I had despaired, even to the point of accepting that it would never see a bookshelf, is going to be published on September the 1st. Way-hey!

I had a treat yesterday evening when I went to Felpham Community College to see their Summer arts display. I go every year and I’m never disappointed, the quality of the work is always high, the art adventurous and inventive, the music well played and well chosen.

This year they put on an excerpt from a musical they had staged earlier in the year and that was great fun. The four girls in the chorus line whom you can see in this picture in their spotted skirts, sang in a splendid, punchy way, obviously happy to be entertaining their audience so well, secure in their own sexuality and using it but not flaunting it. And the two leading men, who danced a tango together and turned it into high comedy, were admirable. In short, the whole evening was lively, often unexpected, and showed the school at the top of it’s form.

So respec’ to you, all you artists and musicians, I salute you. 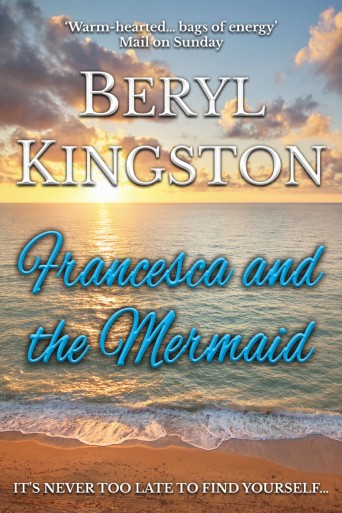 At the risk of being a bore, I’ve just got to show you this. It’s the second book from my back-list to be published on Kindle by Endeavour Press, and I think this is another excellent cover.

I’m impressed by the speed in which they’re putting up my books. I can barely keep pace with them. It’s all rather fun.

This one was originally published in 2015 so there’s a review alongside it already. Reviews are very very helpful to authors. Hint!  So if you read it or have read it already and would be prepared to rate it and give it a review, I’d be very grateful.

And yes – there is a mermaid in it!  Or maybe there isn’t. 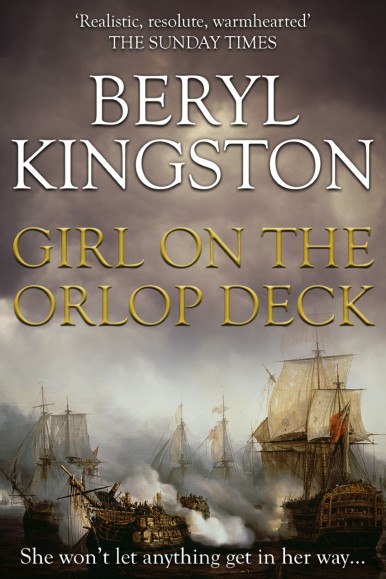 I gave my first press interview yesterday, about the two books that are going to be published by Endeavour Press and great fun it was. But…

In order to be prepared for any possible questions I did my usual homework and discovered to my surprise that the e-book that I was expecting to be published on August the 1st is already up and running and ready for purchase. So I thought I’d better let you know too.

So here’s the Kindle link: http://amzn.eu/8DOahXQ

Very happy interview by the way, sitting in the sun in the garden. I’m all for having my books published in the summer.

I must say this quietly in case the Chinese Gods hear me and pay me out for my presumption, they’re a bit too good at that, these old Chinese Gods. But I’m really beginning to feel that my life as a novelist, which has been in the doldrums ever since my previous publisher went bust or ‘ceased trading’ as they insisted I should say, is now picking up at last.

Last week I saw the cover for Everybody’s Somebody and thought how good it was and I’d no sooner digested that when I was sent the cover of the e-book of Girl on the Orlop deck and I think that one’s even better than Everybody’s Somebody one. At last I have covers that say ‘this writer is intelligent’. I shall get a swollen head if this goes on! 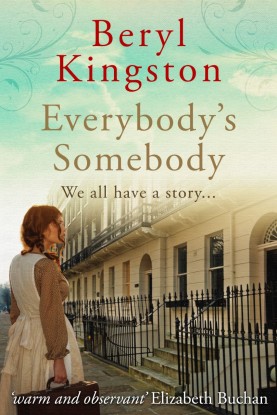 But it’s given me quite a kick, I have to admit, especially now that I’m going to give interviews to the local press which makes me believe that the book really is going to come out.

The second happy moment happened when I was watching the Glastonbury Festival and saw Jeremy Corbyn speaking to that enormous crowd and offering them hope, quoting Shelley’s ‘Rise like lions after slumber,’  to encourage them I’ve been using that quotation over and over again on various social media over the past few months, so it was like meeting an old friend. 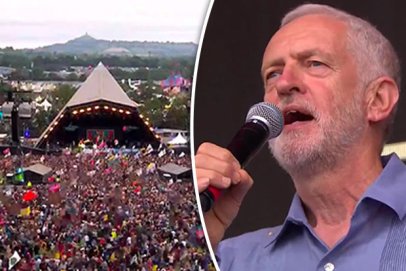 Rise like Lions after slumber,
In unvanquishable number.
Shake your chains to earth like dew,
Which in sleep had fallen on you
Ye are many – they are few

And then, just to put the icing on the cake, I’ve had a special guest to stay with me. He arrived on Thursday, stayed with me for three days and kept me company day and night, joining me at breakfast, sharing my lunchtime sandwich – he was very partial to smoked salmon – and my evening meal and helping me to write my novel. He’s a dab hand or perhaps I should say a dab paw on the keyboard. We only had one slight difference of opinion when he discovered the fireplace and the chimney  and decided to try his hand or paw at being a chimney sweep. I am, of course, now quite enamoured.

And over the weekend, naturally enough, two of my great-grandchildren who are equally enamoured came to visit him, bringing their parents with them! We had a great time in the garden, playing with the cat, lounging on the hammock and picking a good crop of cherries. Sometimes life is just so good.