I don’t think I can be the only one who spits feathers when she watches a politician wearing a ‘caring’ face and plainly telling lies on television. I can sme 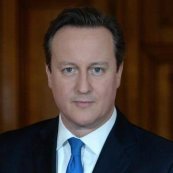 ll the singed trousers, even at that distance, and it makes me so angry. Yet they lie with impunity on and on and on, and they even do it in the House of Commons which is the one place, given that they are elected representatives of their constituency and answerable to their electors, that they really should tell the truth. All of which makes me wonder how and why they are allowed to get away with it. So my granddaughter and I did a bit of Googling and it turns out that it is all to do with what is considered ‘Unparliamentary language’. We even discovered a list of words that MPs are not allowed to use in the House of Commons.

Some of the w

ords on the list are quite comical and have fallen out of use many years ago. We found: blackguard, guttersnipe, hooligan, pipsqueak, wart and stool pigeon, but not ‘cokehead’ or ‘sniffer’. I suppose they’re too modern. But to our horror, we discovered, halfway down the list, the word ‘liar’. And another note we found on Google, explains why it is still in use: “The most prohibited case,” it said “is any suggestion that another member is dishonourable, so, for example, suggesting that another member is lying is forbidden.” But they are dishonourable, manifestly dishonourable, and the lies they tell are extremely harmful. Surely it shouldn’t be beyond the wit of the speaker of the house to find a way to do something about it, maybe even remove the word ‘liar’ from the prohibited list.

As servants of a democracy – and they are all servants, although some of them seem to have forgotten that – MPs should be open, honest and truthful. It seems to me that if what they are saying is known to be a lie, then that lie should be revealed in the House and put under scrutiny until the truth is discovered. If you don’t check a liar, he goes on telling bigger and bigger lies because he knows he can get away with it. They use all sorts of tricks to cloak what they are doing, some turn on the charm, some play the fool, but the lies are potent and harmful, no matter what they do.

How about a change Mr Speaker that would allow our honest politicians the chance to challenge a lie on our behalf?